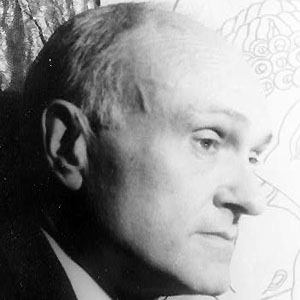 One of the most influential architects of the 20th century; helped create the skylines of major cities across the U.S. Founder of the Museum of Modern Art's Department of Architecture and Design in 1930. He received the 1978 American Institute of Architects Gold Medal and the 1979 Pritzker Architecture Prize.

He enrolled at Harvard University as a student of history and philosophy, then switched to architecture. He traveled to Europe several times during his college years; he considered these trips to be influential in developing his passion for architecture.

He championed the modernist aesthetic of the new wave of architects at the Museum of Modern Art, and on his own, he designed the AT&T Building on Madison Avenue and the Seagram Building in Midtown Manhattan.

He grew up in Cleveland, Ohio, a descendant of the earliest planners of the town of New Amsterdam, including Jacques Cortelyou and Peter Stuyvesant. He was called "the best-known openly gay architect in America" and was with his partner, David Whitney, for 45 years.

He was one of the earliest supporters of another great architect, Le Corbusier.

Philip Johnson Is A Member Of