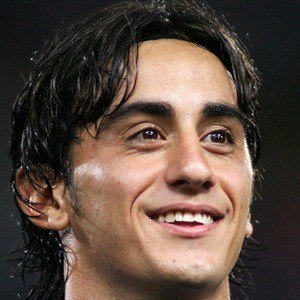 Midfielder known for his playmaking ability; debuted for the Italian national team in 2006 and played in the English Premier League for Liverpool from 2009 to 2012.

He signed with Serie A club Fiorentina in 2012.

He married Italian film actress Michela Quattrociocche in 2012. He and Michela have two children.

He played alongside forward Dirk Kuyt on Liverpool.

Alberto Aquilani Is A Member Of