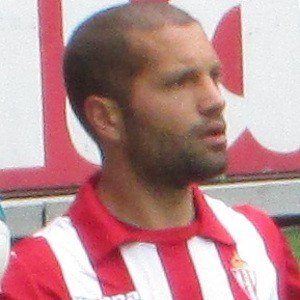 Spanish right back known for being a stalwart on Sporting Gijon's back line, both in La Liga and the Segunda Division, often leading his team in minutes played.

He grew up playing with Real Madrid's youth team but went pro with Sporting Gijon in 2006.

Not known as a two-way player, it took him five seasons with Gijon to score his first goal in La Liga. He was named the team's Player of the Season in 2010-2011.

He grew up in Mostoles, Spain.

He and Roberto Canella have played together on Gijon.

Alberto Lora Is A Member Of