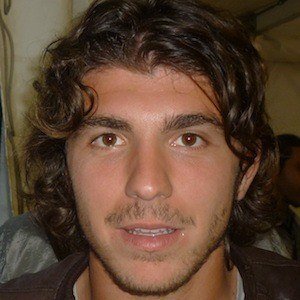 Italian soccer striker who made his Premier League debut in 2016 after joining Swansea City. He'd spent the previous five seasons in Serie A with Chievo.

He grew up playing with Milan and made his Serie A debut with the team in 2007, but later moved to Parma after the team signed Ronaldinho.

He was born to Giovanni and Caterina Paloschi and has a brother named Filippo.

He became teammates with Ashley Williams after joining Swansea City.

Alberto Paloschi Is A Member Of