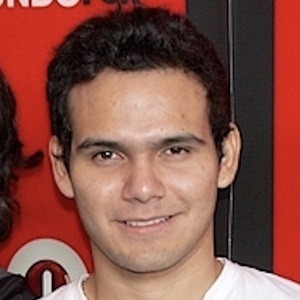 Mexican DJ also known as DJ Otto who rose to prominence as one third of the electronic music group 3Ball MTY. He and the band are known for the influence of Guaracha tribal sounds on their music, as heard on hits like "Inténtalo" and "Besos al Airé."

He formed 3Ball MTY in Monterrey in 2009. The band's name is an alternative spelling of "Tribal Monterrey."

His band's song "Quiero Bailar (All Though the Night)" was featured in the video game Need for Speed Rivals.

He collaborated with Becky G on "Quiero Bailar (All Through the Night)."

Alberto Presenda Is A Member Of