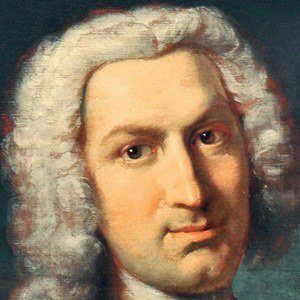 Swiss anatomist, physiologist, and writer known for his contributions to botany and the study of anatomy. He was also a poet, having translated the poetry of Ovid and Virgil.

When he was young, he studied a number of languages, including Greek, Hebrew, Chaldee, and Latin.

He is credited in an early homeopathic textbook for asserting that the curative abilities of medicines can best be observed by studying their affects on healthy individuals.

Two of his sons, Albrecht and Gottlieb, also became botanists.

He attended the prestigious University of Tübingen, where Wolfgang Kohler also attended.

Albrecht von Haller Is A Member Of