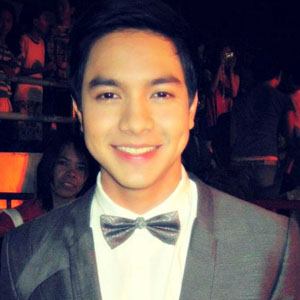 GMA network star of Alakdana who earned a 2011 Golden Screen Award for Best New Actor. He has played a leading role in such series as Alakdana and Tween Hearts. He has also appeared on the variety shows Sunday PinaSaya and Eat Bulaga!

He released his self-titled debut pop album in May 2013.

He is the son of Rosario Faulkerson and he has a younger sister named Riza.

He was a winner at the 2011 Yahoo! OMG! Awards, which was also the case for comedian, Vice Ganda.