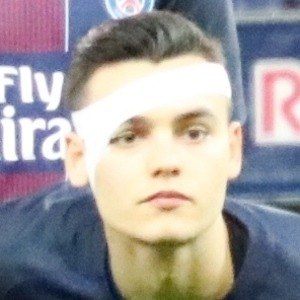 Professional soccer player who rose to fame playing the right-back position for the French Ligue 1's Paris Saint-Germain Football Club. He has amassed more than 20,000 followers on his alecgrg Instagram account.

He made his professional level debut in the 2017 Coupe de la Ligue semi-final.

Both he and Thiago Silva played for Paris Saint-Germain Football Club.

Alec Georgen Is A Member Of