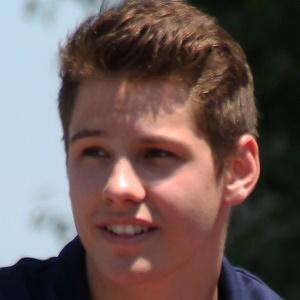 Notable for winning bronze at the 2014 Youth Olympic Games, this member of the U.S. Men's Gymnastics Junior and Senior National Teams won gold in the pommel horse and team gymnastics events at the 2014 Pacific Rim Championships.

In late 2014, he accepted a gymnastics scholarship to the Ohio State University.

The son of Rebecca and Michael Yoder, he spent his early years in Indianapolis, Indiana. He grew up with siblings named Ashlyn and Austin.

He and fellow artistic gymnast Carlotta Ferlito both medaled at the Youth Olympic Games (in 2014 and 2010, respectively).

Alec Yoder Is A Member Of