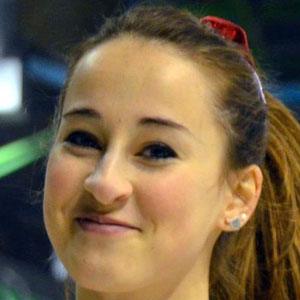 Artistic gymnast from Italy who has medaled at the European Championships and represented her country at the 2012 and 2016 Summer Olympics. She has been ranked in the world top five in the all-around.

She started practicing gymnastics at the age of six.

She has a brother named Gianpaolo and a sister named Ludovica.

She and Russia's Viktoria Komova both medaled at the 2010 Youth Olympic Games.

Carlotta Ferlito Is A Member Of