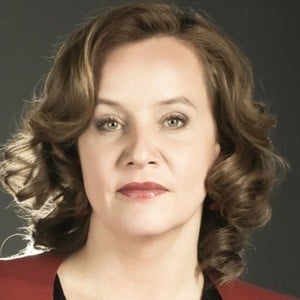 Colombian actress who has appeared in TV series like La hija del mariachi and Amor en custodia. She also played the part of María Isabel in the 2014 film Gente de bien.

One of her earliest roles was in the 1986 film Debajo de las estrellas.

She acted with Javier Bardem in the 2007 film Love in the Time of Cholera.

Alejandra Borrero Is A Member Of