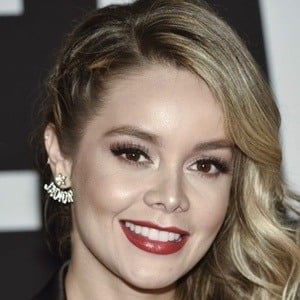 She used to study Administration and Finance before taking acting classes. She was guided by one of her acting teachers to audition for Fuera de Lugar and she was chosen to appear in the program.

She joined the cast of Tu voz estéreo as Laura in 2016.

She was born in Pereira, Colombia. She was in a relationship with the reggaeton singer J Balvin.

Like Jessica Cediel, she presented Nuestra Semana Nuestra Tele from 2014 to 2015.

Alejandra Buitrago Is A Member Of