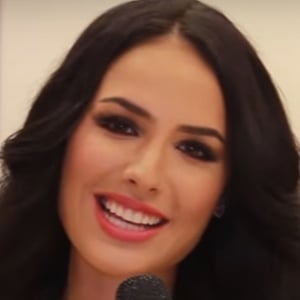 Model who has built a substantial fanbase on Instagram primarily through her swimwear photos, having amassed more than 350,000 followers to date. Professionally, she has modeled for the SoHo Agency.

She hails from the city of Cali, Colombia.

She has played Anna on the Caracol Television show Tu Voz Estéreo.

She has a younger sister named Isa.

She and Juan Pablo Espinosa have both been featured on Tu Voz Estéreo.

Alejandra Isaza Is A Member Of