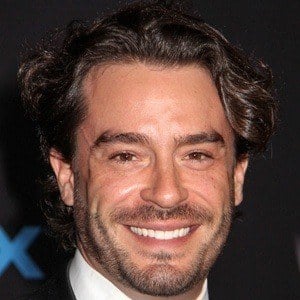 Colombian actor who rose to worldwide prominence for his role as Luis Carlos Galan on the Netflix series Narcos. In 2017, he starred in the popular Telemundo telenovela La Fan.

He studied acting at Emerson College in Boston. He lived in Los Angeles and New York City following his study before returning home to Colombia in 2004.

In 2013, he starred in the critically-acclaimed telenovela Secretos del paraíso as Cristobal. He appeared in 6 episodes between 2010-11 in the Colombian Grey's Anatomy spin-off A corazón abierto.

He married fellow Colombian actress Cristina Otero. The couple has one child.

He starred alongside Angelica Vale in the 2017 telenovela La Fan.

Juan Pablo Espinosa Is A Member Of