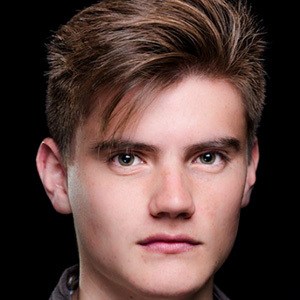 Recurring player on several Spanish-language television programs including La Rosa de Guadalupe, Como dice el dicho, The Two Lives of Estela Carrillo and Caer en tentación. On stage, he landed one of the six lead roles in the adaptation of The Dead Poets Society.

He appeared in several TV ads for some of Mexico's biggest brands. A couple of 2010 episodes of La rosa de Guadalupe were his introduction to professional acting.

He was featured in a 2014 movie called Obediencia Perfecta. He played Friedrich Von Trapp in the Mexican production of The Sound of Music. He earned a full scholarship to study at the British American Drama Academy's MCP.

He was born Alejandro de Hoyos Parera in Mexico City.

He acted alongside Bianca Marroquin in the production of The Sound of Music.

Alejandro de Hoyos Is A Member Of