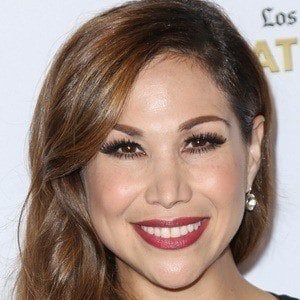 Musical theater performer who starred in Mexican productions of such Broadway musicals as Rent, Chicago, and The Sound of Music. She also appeared on Broadway as Daniela in In the Heights.

As a young girl, she studied ballet, jazz, flamenco, and tap dancing.

In 2004, she was honored with a Helen Hayes Award for her role as Roxie Hart in Chicago.

She was born in Monterrey, Mexico and was raised between the border cities of Matamoros, Mexico and Brownsville, Texas.

She appeared with Harry Connick, Jr. in the 2006 Broadway production of The Pajama Game.

Bianca Marroquín Is A Member Of