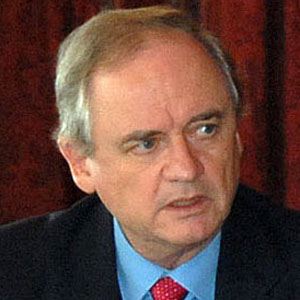 Economist and former leader of the Christian Democrat Party who was the Foreign Minister of Chile from 2006 to 2009. He has written over a dozen books on economics and the faulty mechanisms of democracy.

He married Gisela Tapia Soko and had two chilrden.

He was born in the same country as dictator Augusto Pinochet.

Alejandro Foxley Is A Member Of