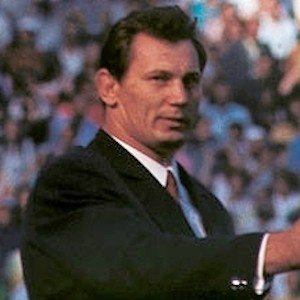 Soviet/Belarusian wrestler who is considered to be one of the best freestyle wrestlers of all time.

He won his first medal, a bronze, at the 1961 World Wrestling Championship in Yokohama, Japan.

He was the first person ever to win three gold medals in freestyle wrestling.

He had a daughter named Elena and a son named Alexey with his wife Auntie.

Aleksandr Medved Is A Member Of