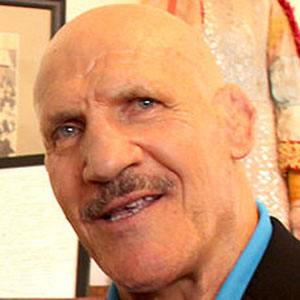 Hall of fame WWE champion who was one of the wrestling promotion's first superstars.

He escaped to the mountainous wilderness during the WWII German occupation of Italy, eventually making his way to Pittsburgh, United States.

He was a WWE Champion for nearly eight straight years, the longest of any professional wrestling organization, and became a folk hero to the large Italian immigrant population in the U.S.

He had three children with his wife Carol, and several grandchildren.

He was praised by both Arnold Schwarzenegger and Mike Tyson, who acknowledged him as an influence in their lives.

Bruno Sammartino Is A Member Of