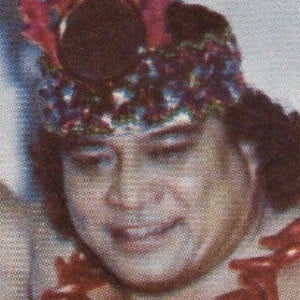 The 'High Chief' won the NWA World Tag Team Championship, and was inducted in 2008 into the WWE Hall of Fame.

He tattooed his abdomen and legs with tribal tattoos, to signify his high chief status.

He played a taxi driver in the 1967 James Bond movie "You Only Live Twice" and choreographed several of the stunts.

His grandson Dwayne 'The Rock' Johnson became a famous wrestler and actor.

He was considered a "blood brother" of the wrestling siblings The Wild Samoans - Leati Anoa'i and Afa Anoa'i.

Peter Maivia Is A Member Of