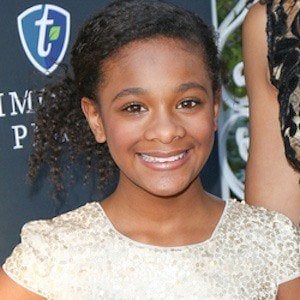 Actress and model who broke into the spotlight after starring as Danielle Jordan in the The Kendrick Brothers' film War Room, her professional acting debut.

Her only acting experience before War Room was in school theater. She grew up enjoying to play soccer, volleyball, and basketball.

As a model, she signed with the Campbell Agency.

She has younger sisters named Kaitlyn, Camryn and Olivia. She has written for the magazine For Girls Like You, a publication founded by her mother Wynter.

She interviewed Candace Cameron Bure for the magazine For Girls Like You.

Alena Pitts Is A Member Of