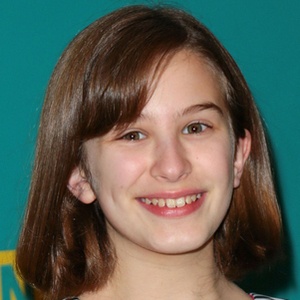 Musical theatre star best recognized for embodying numerous roles in the Broadway show Fun Home. She would later join the national tour of the popular show.

She first joined the cast of Fun Home as an understudy in October of 2015.

She voiced Maya in the Broadway concept recordings for the show Song of Solomon.

Her older sister, Gabriella, was also a young Broadway performer.

She understudied for Small Alison, a counterpart to Beth Malone's character, Alison, in Fun Home.

Alessandra Baldacchino Is A Member Of