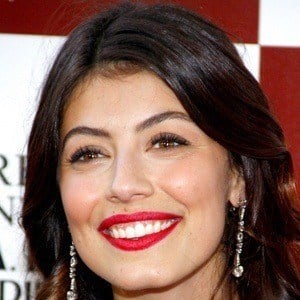 Italian actress who made a name for herself in the U.S. playing Francesca in Netflix's Master of None. She also played Sofia Silvestri in Titanic: Blood and Steel and led the Italian series I Cesaroni.

She began her career in Italian cinema, debuting in the 1999 film Il manoscritto di Van Hecken.

In 2012, she joined Flavio Parenti and Alison Pill in the film To Rome with Love.

Her mother was from Naples and her father was from Agnone. She grew up in Rome after her family moved there when she was five.

In the second season of Master of None, she starred opposite Aziz Ansari and Eric Wareheim.

Alessandra Mastronardi Is A Member Of