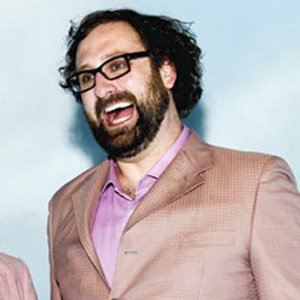 Actor and comedian who is part of the comedy duo Tim & Eric alongside Tim Heidecker. He also created the TV show Tom Goes to the Mayor, which has aired on Adult Swim. In 2015 he joined the main cast of Netflix's hit show Master of None.

He was a guest on the the internet TV show, Clark and Michael with Michael Cera.

He graduated from Temple University in Philadelphia. He has been in a relationship with actress Liz Lee.

He appeared in the music video for the song "You Don't Know Me" by Ben Folds.

Eric Wareheim Is A Member Of