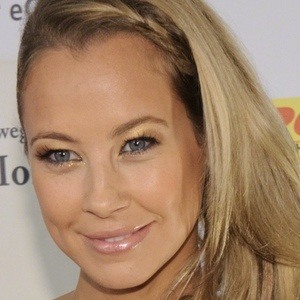 Model and Instagram star who is known for posting a variety of fitness related content in addition to modeling shots in stylish and fashionable outfits. Ranging from swimwear to streetwear to high end fashion designs, she shares her modeling work with her over 240,000 Instagram followers.

She has been featured in several magazines and press outlets including Madonna Magazine, Gala, Closer, and Love Child.

She was born and raised in Munich, Germany. She is also known for being the mother of five children.

Other models who have been featured in the Austrian Madonna Magazine include Larissa Marolt and Ursula Karven.

Alessandra Meyer-Wolden Is A Member Of