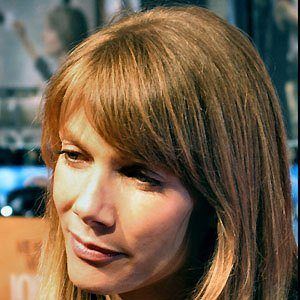 Popular German actress who appeared in Con Express, Fire, Ice and Dynamite, Before I Say Goodbye, and Stille Post.

She began acting on films and TV series in the mid 1980s and her fame quickly grew in stature.

She started her own maternity clothing company, Bellybutton.

She and her husband James Veres had three children.

She appeared in the 2003 film, Before I Say Goodbye, with actor Sean Young.

Ursula Karven Is A Member Of