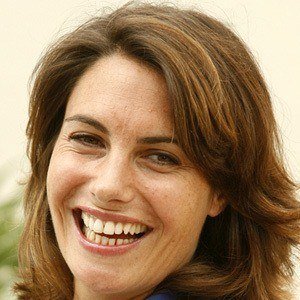 French television and radio presenter who has hosted a great many shows for France Télévisions, including C à Vous, Fais-moi Une Place and Tenue de Soirée Exigée. She has also served as the full-time host of radio shows like Je Hais Les Dimanches and Petit Dimanche Entre Amis.

She studied classical dance at the Alain Astié School of Lyon. She began her television career with Match TV in 2003.

She shared her experiences with postpartum depression in her 2014 book T'as le Blues, Baby?

She married film producer Clement Miserez, with whom she has children named Charlie and Alphonse. She is the daughter of soccer player Joël Sublet.

She co-hosted a telethon on France 2 alongside Cyril Hanouna in 2009.

Alessandra Sublet Is A Member Of