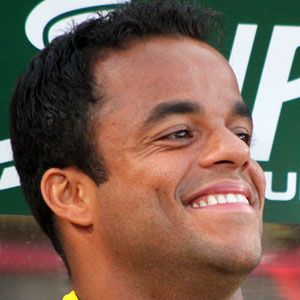 Brazilian midfielder and winger widely known as Mancini, he played for AS Roma from 2003 to 2008 before spending two seasons with Internazionale. He was a member of the Brazilian national team from 2004 to 2008.

He began playing soccer for his hometown's local team, Atletico Mineiro, in 1997 and debuted professionally for the team in 1999.

He was convicted of sexual assault and sentenced to two years in prison in 2011.

He played on the Brazilian national team alongside Ronaldinho.

Alessandro Amantino Is A Member Of