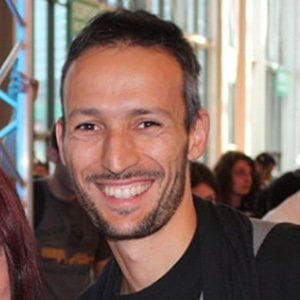 Italian illustrator and comic book artist who is best recognized for his work on the series' Dolls Factory and Monster Allergy. He is known for his conventional sketches and character design work and shares additional drawings through his Instagram for his over 80,000 followers.

He first started his career as a comic book artist at the age of 18. His first major recognition came with illustrating over 1200 pages of Disney Editions. He gained further recognition creating the comic W.I.T.C.H. in 1997 which sold over 50 million copies.

He is also known for his instructional teaching through the Accademia Disney School in Milan.

He was born in Italy but later settled in Barcelona, Spain.

He shared a portrait in his unique style of drawing of Marilyn Monroe to his Instagram in May of 2018.

Alessandro Barbucci Is A Member Of