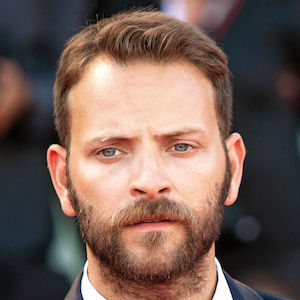 Italian actor who is known for his diverse roles in both film and television. He is best recognized for having played the recurring role of Aureliano in the 2017 series Suburra: Blood on Rome and for playing Andrea GAlderisi in the film Veleid Naples.

He made his acting debut on television in 2006 with a role in the series Distretto di Polizia. He then earned further recognition with a recurring role on the series L'isola in 2012. His film debut came in 2011 when he starred as Emiliano in the film Cinque.

He is known for having won the Nastro d'Argento award for Best Supporting Actor for his role in the 2017 film Lucky where he played Chicano.

He was born and raised in Rome, Italy and is known for dating Roberta Pitrone.

He starred alongside Giacomo Ferrara and Claudia Gerini in the 2018 television series Suburra: Blood on Rome.

Alessandro Borghi Is A Member Of