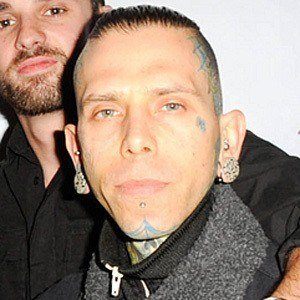 Italian born musician who rose to fame as the bassist of the alternative metal band Gemini Syndrome. With the band he is known for his affiliation with the record label Warner Bros. Records.

He was inspired by rock and roll legends Steve Harris and Cliff Burton as a youth.

He was nominated for the Best Rock Bass Player award at the 2009 LA Music Awards.

He is originally from Italy.

Both he and fellow bassist Saturnino Celani were born in Italy.

Alessandro AP Paveri Is A Member Of