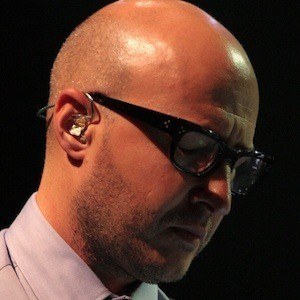 Italian bassist who became one of the most respected electric bassists in Europe with songs like 1999's "Il Mio Nome è Mai Più," which was one of the top selling Italian songs of the decade. He is famous for his many collaborations with singer-songwriter Jovanotti, with whom he has released more than a dozen albums.

He began studying violin at age 5 and discovered the bass at 14. He joined the hardcore punk band Dictatrista in 1985.

He won a David di Donatello Award for Best Song for "Baciami Ancora," a collaboration with Jovanotti for the 2010 film of the same name.

He acted alongside fellow musician Max Pezzali in the 1998 film Jolly Blu.

Saturnino Celani Is A Member Of