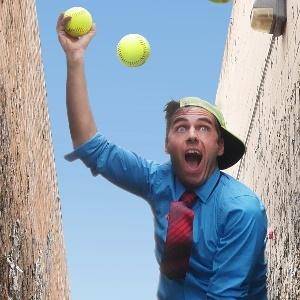 YouTuber and comedian best known for his animated YouTube channel itsalexclark, which has accumulated over 4.2 million subscribers.

He attended a performing arts high school in the pioneer valley of Massachusetts where he learned to juggle. From there, he performed on street corners across the globe with his juggling duos "Juggalicious" and "Project Dynamite."

When he was in middle school, he won a "design the mayor's christmas card" contest by tracing a card he found at hallmark.

He has two younger sisters named Arianna and Aubrey. He got engaged to his girlfriend Pam at the end of 2017 and married in 2019.

Swoozie was featured in Alex's popular video "Cheating on Homework."

Alex Clark Is A Member Of