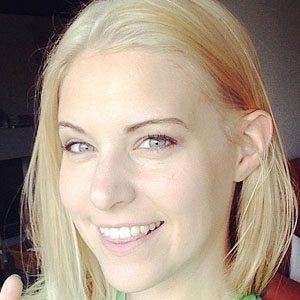 Popular YouTuber known as Presshearttocontinue, Dodger Leigh, Dodger, and Dexterity Bonus who is a friend of The Yogscast and a member of the Polaris Network.

She was previously employed in the Maker Studios office.

Her first appearance with The Yogscast was in a Simon and Lewis vlog when they were visiting her in America. She has over 750,000 subscribers on her personal YouTube channel and more than 330,000 followers on her dexbonus Twitch account.

She grew up in Molalla, Oregon. She married fellow YouTube star Sam Thorne in June 2017. They welcomed a daughter named Clarke in April 2018.

She hosts the Co-Optional Podcast with TotalBiscuit and Jesse Cox.

Brooke Lawson Is A Member Of