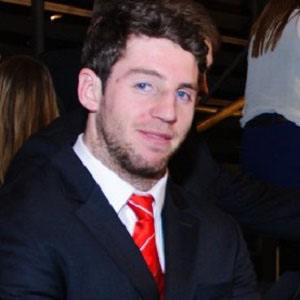 Welsh winger who is best known for his years with the rugby union clubs Cardiff Metropolitan University RFC and the Cardiff Blues. Internationally, he has played for Wales as well as the British and Irish Lions.

He was named Man of the Match for his performance in Wales' 24-3 victory over Italy at the 2012 Six Nations Championship.

His mother was born in Wrexham, Wales, which enables him to represent Wales despite being born in England.

He and centre Jonathan Davies both played for the British and Irish Lions on their 2013 Australian tour.

Alex Cuthbert Is A Member Of