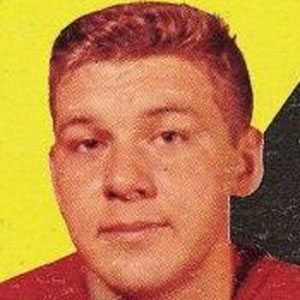 NHL Hall of Fame center who spent his entire 22 years in the league with the Detroit Red Wings. He won Stanley Cup Championships with the Wings in 1952, 1954, and 1955.

He got his first pair of ice skates at the age of six and started practicing over the frozen ponds of rural Ontario.

His total number of games as a Red Wing was surpassed by Gordie Howe and Nicklas Lidstrom.

He grew up in Fort William, Ontario, Canada.

He was a longtime teammate of the great Gordie Howe.

Alex Delvecchio Is A Member Of