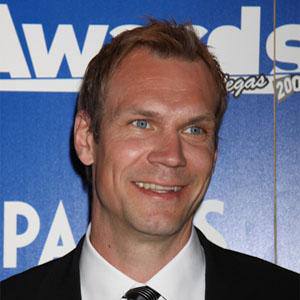 Legendary Swedish-born NHL defenseman who played his entire fifteen-year career with the Detroit Red Wings, winning 4 Stanley Cup Championships. He was nicknamed the Perfect Human for his reliability and mistake-free play and is widely considered one of the best defenders of all-time.

He played professionally with Elitserien of the Swedish Elite League before being selected 53rd overall by the Red Wings in the 1989 NHL Draft.

He won a total of 7 Norris Trophies for the league's top defenseman during his career and was named to 12 NHL All-Star games.

He has four sons with his wife Annika.

Hall of Famer Bobby Orr barely beat him out in career Norris Trophy count with a total of 8.

Nicklas Lidstrom Is A Member Of