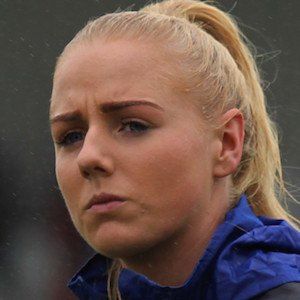 English international defensive back who established herself domestically with Everton from 2010-to 2014. She won a bronze medal at the 2015 FIFA Women's World Cup. She has gained a strong following on her alexgreenwood3 Instagram account for her soccer content.

She played her youth soccer with Everton, joining the club when she was only eight years old.

In 2012, she was named FA Women's Young Player of the Year. She has played on 6 teams throughout her senior career.

She and Steph Houghton have played together for England.

Alex Greenwood Is A Member Of