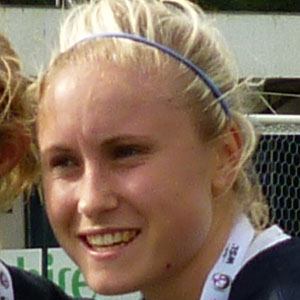 Versatile women's soccer player who has played for England's national team, Great Britain's Olympic team, and debuted for the Arsenal Ladies in 2010.

Her youth career began at Sunderland.

She played in the 2012 Olympics and scored three times, which made her the leading scorer from left-back.

She grew up with her family in Durham, England.

Steph Houghton Is A Member Of