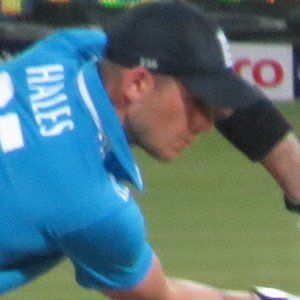 English cricketer who began his professional career in 2008 with Nottinghamshire.

He was 16 years old when he was first discovered on the national stage at a Cricket Idol T20 tournament at Lords.

He scored a century for Nottinghamshire in the county championship in July 2011.

His father, Gary, was a well-known cricketer in his era.

He and Brian Bolus both began their careers with Nottinghamshire.

Alex Hales Is A Member Of