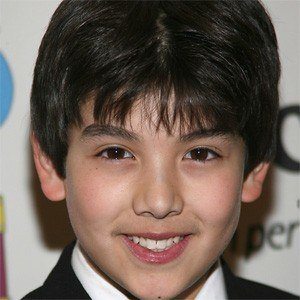 American actor known as the kid who won the title role for the Broadway hit Billy Elliot the Musical, a role in which he performed from October of 2009 until May of 2011.

When he was only five years-old he began to win national and regional dance and gymnastics championship titles.

He earned scholarships to Steps on Broadway and the Joffrey Ballet School. He also was accepted into the University of Iowa straight out of elementary school.

He is the middle child of three born to a Chinese American father and American mother.

In 2012, he appeared on the ABC Family series Bunheads which starred Sutton Foster.

Alex Ko Is A Member Of