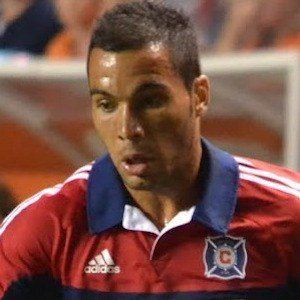 Midfielder who joined the Houston Dynamo in 2015. He previously spent the majority of his MLS career with the Chicago Fire.

He spent his youth career with Grêmio Mauaense before leaving Brazil to play with FC Wohlen in Switzerland.

He became a domestic player for MLS roster purposes after receiving his US green card in June 2014.

He became a teammate of Will Bruin in the 2015 MLS season.

Alex Lima Is A Member Of