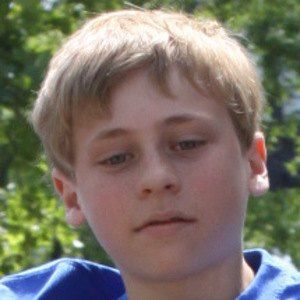 Professional slackliner who has come to be considered one of the premiere American ambassadors for the sport. He won the U.S. National Championship in 2012 and the Slackline World Championships in 2013, one day before his sixteenth birthday.

He was raised in El Cerrito, California near the San Francisco Bay. He loved the outdoors and was an avid rock climber growing up.

He appeared alongside Madonna at the Super Bowl halftime show in 2012.

His father was born in Akron, Ohio. His grandfather worked for Goodyear.

Following his performance at the Super Bowl halftime show, he was interviewed on television by Conan O'Brien.

Alex Mason Is A Member Of