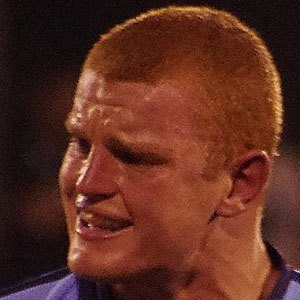 Rugby player best known as the second-row forward for the Newcastle Knights. He suffered a debilitating spinal injury in a 2014 game after which he was told he would be quadriplegic. He was able to stand again after just ten months.

He played junior football for the Aberdeen Tigers.

He started his professional career in 2008 with the St. George Illawarra Dragons.

He proposed to girlfriend Teigan Power not long after his 2014 spinal injury.

He and James O'Connor both gained fame as Australian rugby players.

Alex McKinnon Is A Member Of