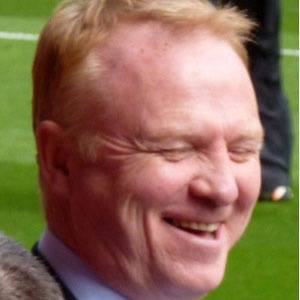 Scottish soccer defender whose professional career spanned from 1978 to 1993.

He managed a number of teams after his playing career ended, including Birmingham City from 2007 to 2011.

He was born to Alex and Jean McLeish.

He became a manager in the English Premier League during the playing career of star forward Wayne Rooney.

Alex McLeish Is A Member Of