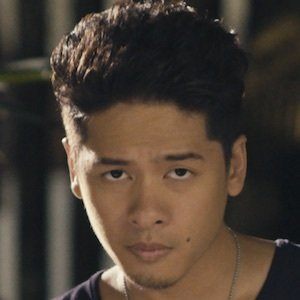 Filipino actor well known for roles in several indie films who had also acted in the soap opera Ina, Kapatid, Anak. Film credits of his include The Love Affair and Babagwa.

He acted in the films of students at the University of the Philippines, Diliman. He made his on-screen debut in 2008 in a movie called Concerto.

The Cinema One Originals Film Festival awarded him Best Actor for his role in Palitan.

He was born and raised in Manila, Philippines by his actor father Pen Medina. He has siblings named Karl, Ping, Victor, Japs and Zeth.

He starred alongside Kim Chiu in Ina, Kapatid, Anak.

Alex Medina Is A Member Of