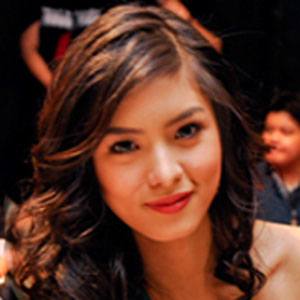 Filipino actress who is notable for appearances on the series Sana Maulit Muli, Tayong Dalawa, and Kung Tayo'y Magkakalayo among several others. She's also appeared in several films for Star Cinema, including Bride for Rent.

She won Pinoy Big Brother: Teen Edition which vaulted her to stardom. She would soon after star in the series ASAP XV.

Other notable roles include appearances in the series My Girl and My Binondo Girl.

She dated actor and Sana Maulit Muli co-star Gerald Anderson from 2006 until 2010, then began dating actor/singer Xian Lim in 2011.

She co-starred with Erich Gonzales on Sana Maulit Muli.

Kim Chiu Is A Member Of