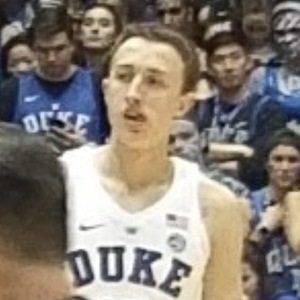 Guard who began his college basketball career with the Duke Blue Devils in 2017. In his freshman season, he drained nearly 50% of his 3-point attempts.

He was named Atlanta/North Fulton Player of the Year in his senior year of high school.

He has brothers named Shawn and Brady. His father, David, also played basketball at Duke.

He has been coached by Mike Krzyzewski at Duke.

Alex O'Connell Is A Member Of