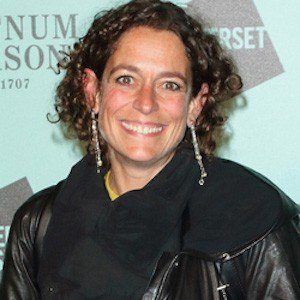 Known best for hosting a United Kingdom Channel Five documentary series called The Hotel Inspector, she also had a lengthy career as a hotel manager (hotelier). In addition, she established and managed an English bakery.

After studying at St. Catherine's College, Oxford, she began her hotel management career at the Mandarin Oriental in Hong Kong.

The daughter of Italian Count Alessandro Polizzi and the granddaughter of hotelier Charles (Baron) Forte, she was born and raised in England. She married Marcus Miller in 2007; the couple later welcomed children named Rocco and Olga.

Early in her career as a hotelier, she was employed by famous chef Marco Pierre White.

Alex Polizzi Is A Member Of