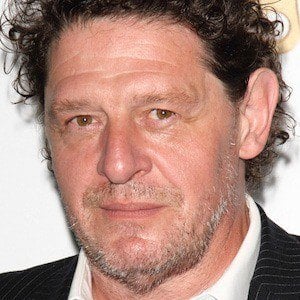 Celebrity chef and restaurant owner who became the youngest chef to be awarded three Michelin stars.

He received his early culinary training at the Hotel St George in Harrogate, England.

He has worked with Mario Batali.

He trained Gordon Ramsay and other chefs.

Marco Pierre White Is A Member Of